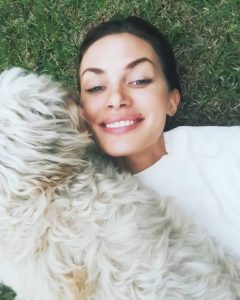 I’ve been reading the recently released memoir of Nikki Dubose called Washed Away: From Darkness to Light.

I sense so much hope from this woman and her life’s message.  To read about what she’s been through and how she is starting to rebuild a happy life for herself is inspiring.

Nikki was a fashion model who landed the cover of coveted magazines such as Maxim and Vogue in the peak of her career.  While from the outside her photos portray a woman living the life many people dream of, beneath the surface she was dealing with severe depression, sexual abuse, anorexia, alcohol and drug abuse and much more.

The picture on these covers told a different story than what the hurt young girl on the inside was dealing with.

I had an opportunity to sit down and speak with Nikki about her memoir and ask her about her journey and life today.  To listen to our interview, click below:

One thing that was very clear to me in reading Nikki’s memoir was there was a turning point, a decision point, when she very clearly made a choice to take her life in a new direction.  In reading and hearing Nikki during our interview relate how similar her mom’s life was to her own including the childhood abuse, the mental illness, eating disorder, and struggles with alcohol to the point that Nikki and her brother had an intervention with their mom to bring her back from the brink, it was clear the many obstacles Nikki faced growing up.

While I wish the story of Nikki’s mom had a happy ending, I’m afraid her mom lost her battle with alcoholism and eventually died when Nikki was in her early 20’s.  That moment, that painful moment when Nikki lost her mom, was her turning point.  It was a real wake up call to Nikki that if she kept going on with her life the way she was living she would no doubt have the same fateful and tragic ending as her mom did. 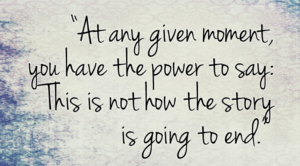 Nikki decided in that moment to get help.  To take care of herself.  To start a new course.

She said during our interview that she could see the signs of how sick she was and if she didn’t do anything she would end up dead and she didn’t want that.  It was the first ever time she decided to love herself and take care of herself.

She decided she could mourn and grieve the loss of her mother, but not let it keep her from getting better. Instead, she got up and got help.

Nikki shares that while her modeling career was lucrative at times, she was also enjoying the high-flying lifestyle that comes with a modeling career and when she needed treatment she couldn’t afford the $500 a day that it can cost for in-patient treatment programs.  She realized she would have to go it on her own and do what she could with what she had.

I found Nikki’s ability to decide to get support and help herself through recovery very courageous.  She was strong and not only walked away from a successful career – albeit one that was killing her and causing her a lot of suffering – even when she didn’t know what she was going to do next. She also had to know the road ahead wasn’t going to be easy with the internal demons she faced every day.

I asked her how she kept her commitment to her recovery and didn’t relapse or fall back into the throws of her many old habits.  On the one hand she said she didn’t feel very courageous.  She said she saw it as survival.  She said growing up in her family with all of the abuse and craziness she learned to do what she needed to do to stay alive.  Recovery and the processes she went through day in and day out were a survival response to what she felt was otherwise going to take her life. 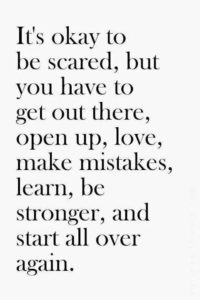 Nikki also said that making the decision to help herself and sticking to it no matter what it looked like was key for her.  She said she clung to the idea, “I’m going to get better.”  She tried different things including art therapy, journaling and said her newfound connection to God gave her inner strength when she said she couldn’t go on.  Have a listen to the recording to hear how important a factor she says God played in her recovery and how she leans on his support each and every day.

I asked Nikki to share about any practices or rituals she engages in to keep herself on track and work her recovery.  She named a few and I’ll do my best to summarize them:

1)   Morning spiritual time – each morning before she gets out of bed she spends time listening to something to feed her soul.  She likes Joyce Meyer’s podcasts and has listened to them for years.  Before she starts her day with something like social media, she fills her mind with a dose of spiritual renewal. (Side note: here’s a link to my morning process if you’re interested)

2)   Prayer and Connecting with God – she prays a lot, turns things she can’t handle over to God and connects and communes with him throughout her day.  She said that she struggles daily and God has her back and helps her along the way when the darkness creeps up or she can’t handle things.

3)   Gratitude and Journaling – journaling was a wonderful way for her to get her emotions and stories out of her where they couldn’t torment her from within any longer.  She also practices lots and lots of gratitude for her life.

4)   Laughing – she realized that taking life so seriously wasn’t working out so well, so she’s decided to lightening up.  She surrounds herself carefully with people, places and things that make her feel good (including funny movies and uplifting music).  Her friends are a source of light and laughter for her and she only allows things into her environment that support who she is now.

Nikki spent the majority of her life living into an identity that other people thought of her.  She took on the horrible things people said about her and to her and let that guide her down a dark and sad road that could have eventually killed her.

Today, Nikki still works on herself.  She’s guided by the love and strength she finds in God and knows that she couldn’t do it without his support.

I think she’s on the road to becoming a very inspiring woman and will touch many lives.  I see her spending the rest of her life helping many people because she had the courage to be vulnerable and share her shameful past.  She doesn’t let her past shame her, but instead it has become her foundation to build an amazing life with.  A life that I believe will touch, move and inspire many people along the way.

I hope you listen to the recording so you can hear her strength and softness.  Nikki never claims to have things all figured out and she admits to working on herself each day. But she is standing up for herself and taking steps to chart a new course for her future.  A future where her beautiful soul will shine on for many to see how you can overcome many of life’s dark challenges and stand tall and be happy.

Please share any feedback or questions for me or Nikki in the comments below.

Listeners can purchase Washed Away: From Darkness to Light through Outskirts Press, Amazon, Barnes and Noble, andGoogle Books. Soon it will also be available through Audible as well!

With love and light, 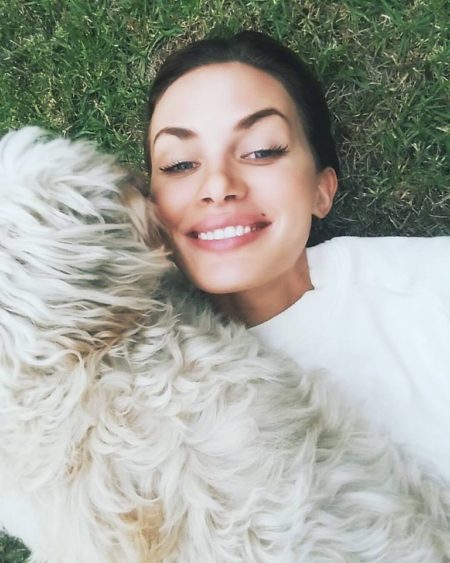 How to Turn Self-Doubt Into Self-Confidence (VIDEO)

Loved this quote I came across today… “When you doubt your power, you give power…