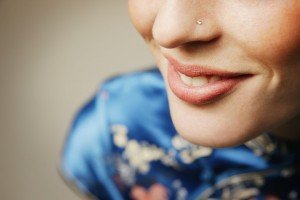 My long battle with food began at a very early age, but I officially began to restrict food drastically when I was 12 years old.

By 13 I was full blown anorexic, but in my mind was a failure and not really anorexic because I was still allowing myself food – 8 raisons, a small tub of ketchup, 6 baby carrots, 2 mini rice cakes.

Yes…to me this was food and I was not by my own definition “anorexic” since I was technically eating. Clearly my mind was totally distorted.

That was the beginning of the downward spiral.

Before that all began my childhood was extremely tumultuous. My mother was single and had my great-grandmother there to take care of me, plus anyone else that was around. Lots of disturbing things happened to me as a kid, things I won’t elaborate upon now, but what I had always turned to for comfort was my great-grandmother… and therefore food.

Her love language was food, and she made the best. If I didn’t have food in front of me then she was failing at her job.

She stuffed me, fed me, comforted me, nursed me, and more all with food.

If I was scared, angry, sad, worried, confused…which I was many times, she cooked me something or fixed me something to eat. I was consciously using food as a coping mechanism by the age of 7, before that I just lived in terror and ignorance.

Despite all of that, I was blissfully unaware of my body until my grandmother said I would be much prettier without a belly – I was 5 years old and skinny. Later on when I was about 8 years old, I got a bit chubby and my mother and grandmother both began commenting. I was so sad, and therefore was fed more by my great-grandmother to console me, and therefore ostracized more by my family for being hideous. I remember wanting to die and come back a skinny girl when I was 8-10 years old.

Finally by age 11 I outgrew my baby chub and naturally slimmed down. My whole family loved it, and expressed love for me at last! I wanted this feeling so desperately…this was the only validation I ever received. I had other talents, other passions, but more focus and attention was given more to my appearance than anything else.

My mind didn’t matter to anyone but my great-grandmother, if my body was fat I should just be dead. My grandmother told me that when I was 16.

After my mother married my stepfather when I was 12, my temporarily easier-going life suddenly crashed again. It was just all too much for me to handle, and my great-grandmother was very old and sickly so I felt as if I had nobody to turn to.

Taking things into my own hands I decided I needed to deal with life in the only way I could: control what went into my mouth.

I felt totally unloved and helpless and worthless in my life around me, so the only thing I could do was not eat and try to be skinny, because after all I still thought that if I got skinny than I would be happy…  that began my real addiction to food obsession and food control.

The following 2 years I was anorexic and very restrictive with everything, and developed strange OCD habits and rituals. When I was 15 I became bulimic after another seriously traumatic event took place in a very horrible and personal way.  At first I could not purge so I abused ipecac. That let me straight to the ER and my mother was really mad at me for having such stupid problems. She hated my eating disorder, which made me use them even more. 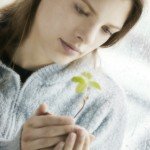 The following decade and several years were filled with bulimia, dieting, over-exercise, diet pills, and disordered eating. Somehow I managed to graduate college and buy and sell my own business, have relationships, and socialize, but I lost much more due to my eating disorder.

But I knew deep down somewhere inside me that I had more meaning in life than what I was doing.

Finally, at the age of 32, I had my final bulimia related seizure and almost died on June 30, 2011. Before that night I had several, dozens(!) of bulimia related seizures but just passed them off because I kept coming back to life and surviving. All be it scared out of my mind at first, but as soon as I would regain breath and felt normal, I was right back at it.

You see, many devastating and traumatic things happened in my life that had nothing to do with my eating disorder. BUT so many horrible things happened directly because of my eating disorder:  multiple seizures, losing so many teeth and over $30K of dental work, car accidents from being distracted while binging/driving, jobs, poor decisions, relationships, friendships, food hoarding, finances, and more.

On the night of June 30, 2011 I knew it was time to change. I was laying in the ER and literally had cracked open my head and busted my nose and lip open from vomiting, and had nearly had a brain a hemorrhage – all because I was purging.

On top of that, my whole family was gone and I was all alone. I had to call 911 myself, which I was barely able to do – and drag my bruised and broken body to open the door. I was half naked and covered in blood, and surrounded by strangers in my own living room.

That was my breaking point. I survived, but just barely.

It was a nightmare come real.

After that gruesome night I knew my life needed to change. I knew that I had to say goodbye to my old ways once and for all.

It didn’t happen overnight, in fact it took me a whole month of crying, tears, journaling, and mourning to say goodbye because I knew that once I said goodbye and went into recovery, there was no turning back.

Finally, on August 1, 2011, I entered a 12 step support group, the very same one I had entered and ran out of 10 years ago, except this time I was ready and open.

I had finally surrendered.

I have been abstinent now since August 2, 2011 and can’t believe how lucky I am every single day.

What has kept me in recovery are these things:

Basically my life now is amazing, despite all my aches and moans from time to time, my life is a beautiful picture compared to the dark cloud that it once was for so many years. I can’t even imagine going back there.

What gives me hope is that I have been able to face and deal with some fears that I never EVER thought I could deal with before without my eating disorder: my sister’s wedding (family events were always huge triggers for me!) holidays, sweet foods and sugar, the death of my father, a boyfriend, a broken heart, physical injury, losing a job (and finding a new one) and life in general. I have been able to deal with all of these things just purely with the strength I get from my Higher Power.

Never in a million billion years would I have thought that this was possible before August 1, 2011. But now I know that anything and everything good is possible. I just have to keep praying and keep an attitude of gratitude.

Life is beautiful, food tastes good, and I have found my hunger and appetite once again.

I love life, it is truly amazing!