“I never seemed able to fill the REAL hunger inside” 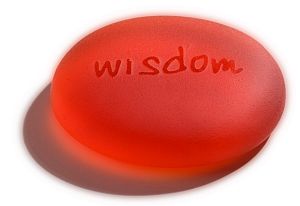 I was bulimic for 19 long years. I stopped bingeing and purging (many times each day) almost 7 years ago. I am writing to let all of you know that I have been in your shoes and can identify with every word you have written.

Even now I sometimes dream that I have slipped back down into the black hole of bulimia where I never want to fall again. Perhaps my story can help someone; I hope so.

My bulimia started later the most, at age 23 after I was married and did not know it yet, but pregnant. My biggest horror was always “becoming fat.” I always wanted to be perfect in every way: appearance, grades, professionally. and for everyone to love me. Although I do not blame him in any way for my condition, it did not help that my husband was strangely unaffectionate and distant….I would later discover that he was gay.

I diligently counted calories to maintain my figure throughout my teens. Gosh, this was, as one of you said, an easy way of “having your cake and eating it too” literally. At first it seemed like a great idea…it was so easy, and of course I believed that I could stop if I wanted to. I swore to myself each time, that I would never do it again. After discovering I was pregnant I worried about damage to my baby, but to my horror I could not stop. It was as if I was possessed. I consumed everything in sight….even things that didn’t taste good. When no one was around I ate so much that I’m lucky that I didn’t rupture my stomach or esophagus.

When I felt agitated, insecure, empty I would eat myself into a miserable state ..I felt disgusted, everything seemed blurry, until I cleared it away by throwing up. As I threw it up I felt a combination of relief, self-contempt, and guilt. I spent an unbelievable amount of money on food. I could easily consume over a dozen doughnuts at a time. People of course wondered how I could weigh 110 at 5’5″ tall and consume the amount of food that I did. (bulimia or anorexia were not really known or discussed in the 70’s.) I wondered if they really knew what I did. I didn’t know anyone else who did such a thing and was too ashamed to tell anyone.

It became simple to make myself vomit – I only had to bend over. I could tell you horrible and humiliating stories about the lengths I would go to binge and purge wherever I was. One buffet restaurant was “on to me” and as I stood in line one day, was approached by the female manager who scathingly told me to leave and never come back. I was humiliated, but I didn’t stop, of course.

I vowed each day that tomorrow would be different. I would often starve myself until late-afternoon, then capitulate to the hunger and stuff myself with cookies, candy bars, whole cakes, pie…you name it.

I never seemed able to fill the REAL hunger inside. Which wasn’t about hunger at all.

I got (several) degrees in counseling psychology, which helped me formulate some possible origins in my childhood and personality for why I chose this path to false fulfillment. I excelled in dissecting family structures including my own, and scrutinizing my own background. I must say that while it provided some possible justifications for this strange behavior, it did not set me free as I hoped it would. If anything I felt even more guilty that with all of this education in the field of psychology I could not help myself.

My bulimia came to a screeching halt after 19 years and two failed marriages, when one day I could not seem to get any air. A chest x-ray revealed nothing wrong with my lungs, but my stomach was pushed far out of position. I had a hiatal hernia also which caused acid reflux into my esophagus through the valve I have permanently damaged. I still did not reveal my secret. I stopped throwing up “cold turkey” out of fear and the reality that I was slowly killing myself.

I began to focus on eating a healthy, balanced diet and TAKING PERSONAL RESPONSIBILITY for what I ate. Bulimia is a way to have it both ways. I found new ways to handle feelings of being blue or tense…walking, calling a friend, or sometimes just toughing it out.  Realizing that I just didn’t want to risk my life to be thin anymore.

There were instant rewards.  People told me that my skin had more color. I had been pasty white. The agitation I often felt from eating sweets and purging disappeared too. I am convinced that my blood sugar level must have been disrupted by the crazy cycle of sugars and fats and upchucking.

No one else is responsible for your behavior no matter how dysfunctional your family life or whatever. YOU ARE or are capable of being. This new-found success at discontinuing my bulimic behavior gave me confidence in handling other problems and feeling in control of my life and relationships. I felt freed. However I remained wary. .I had learned the hard way many, many times before, that you can easily backslide into hell if you give yourself permission to go back into the cycle.

I truly could identify with what I learned in counseling classes about addictive behaviors. I was ready this time to give it up. In classes I teach and with clients, we often discuss how to rid one’s self of an unwanted behavior.

I compare the unwanted behavior to driving along the road of life with a “flat tire.” You can try to keep driving on it – limping along – and may have a wreck. Or, you can just try to take off the tire and drive off, but you won’t get to far with no new tire to replace it. What you must do is replace the defective old tire with a new better one that will help you get back on the road to living. That “new tire” is different for everyone, but it needs to be something that YOU do that makes you feel worthwhile, successful, productive and positive about who you are and what you can do in the world.

Hint: It is NOT found in the approving look or protective arms of another person.

It is found within YOU.

I wish so much that I could reach out and help each one of you out of this deep dark pit. I don’t want any of you to waste so 19 years of your life and sacrifice your health for nothing as I did. Ultimately, only you can really help yourself.

You must count on yourself to build a new life and a new way of handling your feelings.

I wish the best for each one of you.
From the eating disorder stories project at UC Davis.